Heating & Cooling Systems EXPLAINED: What EVERY homeowner MUST know before they buy. | E3 Skip to main content

Heating & Cooling Systems EXPLAINED: What EVERY homeowner MUST know before they buy.

Far too often, we come across clients in Nashville, TN who think they have invested in a high efficiency variable speed HVAC system. We regret informing them that instead, they have a basic, standard efficiency single stage unit. Folks aren't thrilled to hear the news because in their mind, they spent extra on something that was supposed to be more energy efficient.

Why does the mix-up occur?

Much of the confusion has to do with terminology and understand the components of the HVAC system.

This article helps you understand basic HVAC terminology so that you can make an informed purchase. First, let's start with understanding the two primary HVAC system types.

Split System: A split system is a heating and cooling system that consists of an indoor and an outdoor unit, which are connected with copper refrigerant tubing and electrical wires. There are different types of split systems, including heat pumps, or air conditioners paired with either gas furnaces or electric fan coils located inside your home. The technical term for the indoor unit is the air hander, and the outdoor unit is called the condenser (we'll discuss this part in more detail below). 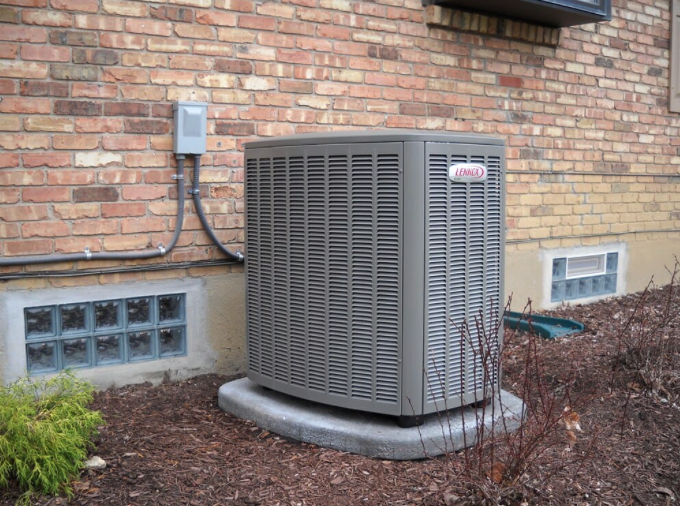 Packaged Unit: In a packaged system, the air handler and compressor are combined into one unit that sits outside the house in a large metal cabinet.  Fun fact: Packaged units are more common in the southeast U.S. than other parts of the country. 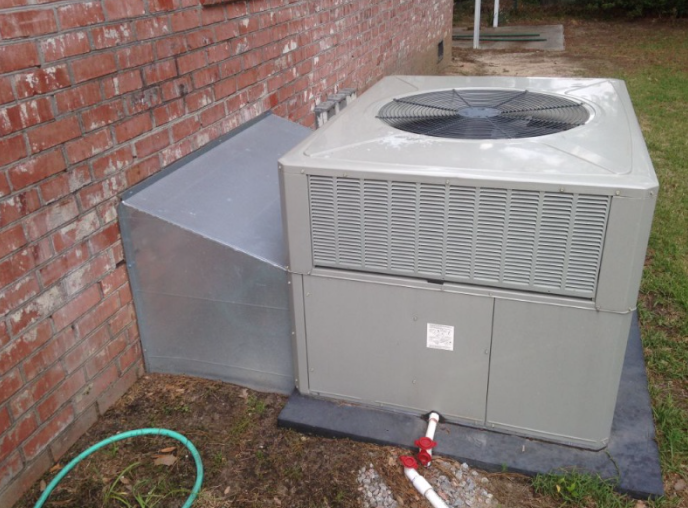 For simplicity, we will look at a split system in more detail.

Air Handler: The air handler contains the heating component, including either a natural gas furnace or electric resistant heating coils, the the cooling coils (also known as the evaporator coils), and the blower fan, which circulates air over the heating or cooling coils. A schematic of a split system is shown below.

Compressor: The compressor is one of the components found in the cabinet located outside. Put simply, the compressor works to circulate refrigerant through the condenser and evaporator coils.

Condenser Coil: The condenser is a long coil of tubing connected to metal fins that works to expel the heat picked up by the refrigerant. A large fan inside the metal cabinet circulates air over the coil to aid in the cooling process. Put simply, the condenser coil recycles the refrigerant so it can be used again and again for cooling.

Now that you're all experts on the components of your heating and cooling system, let's talk terminology.

BTUh: Heating capacity is given in BTUh, or British Thermal Units per hour. Typical sizes range from 44,000 BTUh to 120,000 BTUh. It is important to match the size of the unit to the needs of the house. If the unit is too small, it won't be able to keep up with cold temperatures. If it is too big, the unit will cycle on and off frequently and cause wear and tear on the system and inefficient fuel use.

AFUE: The AFUE, or Annual Fuel Utilization Efficiency is a measure of how much heat output is delivered to the home per unit of heat input from a fuel, like natural gas. The minimum allowed AFUE in the US is 80%, while the most efficient natural gas furnaces have AFUE's of 98.5%. Look for the ENERGY STAR logo when identifying higher-efficiency systems.

TONS: The size of the air conditioner is given in tons. One ton is equal to 12,000 British Thermal Units / hour of cooling (BTUh). Residential units typically range between 1.5 ton to 5 tons. Smaller tonnages are available with mini split systems. We recommend Mitsubishi Mini-Splits for meeting smaller loads and for more precise mechanical designs. It is also critical to get the sizing of the AC system correct. Similar to the furnace, if the AC is undersized, it won't be able to keep up with the heat. If the AC is oversized, the home will face humidity challenges (a rather technical topic that we'll save for another day).

It is very common for people to end up with oversized ACs because most people think bigger is better. However, that is simply not true; BIGGER IS NOT BETTER!

SEER: Seasonal Energy Efficiency Ratio measures the average seasonal cooling output of the AC relative to the energy it consumes, and represents the maximum efficiency the unit can achieve. The minimum allowed SEER in the US varies slightly by region and by equipment type. In Tennessee, the minimum SEER is 14. While SEER ratings vary between manufacturers and models, the highest performing units are typically mini-split wall-mounted units, which can have SEERs of over 30! Most manufacturers will carry traditional split systems with SEER ratings around 20, while others high performance units will top 26.

Stages: Furnaces and AC systems can be made more efficient by allowing for different levels of operating capacity. For simplicity, we will focus on the AC side of things, since this is where things get sticky... literally.

==> Single Stage Compressor: This is the most basic type of equipment. Single stage means the unit (specifically the compressor) is either ON or OFF. Imagine driving your car at either 0 mph or 60 mph. It would make for a very comfortable ride. Single stage units are limited in the amount of dehumidification they can achieve.

==> Two-Stage Compressor: With two stages, a unit can run at either a high or low setting. Usually the low setting is ~65% of the full capacity. On a warm spring day or at night when there is a small need for cooling, the unit may run on low speed, while at 3 PM in the middle of summer, the unit may run on high speed. High speed is also initiated when the unit first kicks on to bring temperatures down quickly. Once at the desired set point, low speed can be used to maintain that set point more easily.

The benefit of a variable speed compressor is its ability to provide more consistent and even temperatures in the home. You may notice with a single-stage unit that it gets a little warm inside before the AC kicks on, and then it might feel a little too cool before the unit switches off. This is because the AC unit is programed to operate a couple degrees around the set point. Sometimes the temperature can drift up a whole degree or two above the set point before the AC unit kicks on. This is called the temperature differential (or hysteresis) and is used to save energy and wear and tear on your unit. If there were no temperature differential, the unit would cycle on and off constantly as it tried to maintain a constant temperature all day long.

With a variable speed system, maintaining a constant temperature is possible because the unit is designed to run low and slow for a longer period of time. These units also have the best dehumidification capacity because more of the inside air has the opportunity to pass over the cold coil and condense out.

Variable Speed Blower Fans: The blower fan in the air handler can also have variable speed functionality. This type of fan can be used in combination with a single stage or a VRF AC system.

It is VERY important to review your quote from an HVAC contractor and make sure you understand what you're paying for. Don't get stuck buying a "bedazzled" single stage system with a variable speed blower fan thinking you have a high performance unit. Always ask about:

DID YOU KNOW?
E3 INNOVATE can help you with your next HVAC purchase!

We source only top-quality brands like LENNOX and Mitsubishi that deliver the true performance and energy efficiency you're looking for.

There's no reason to be uncomfortable in your home, no matter what season. Just because the temperature and humidity are soaring doesn't mean your energy bill needs to too.

Call the  heating and cooling experts in Nashville, Tennessee today!