E3 is currently conducting a neighborhood radon study in different areas across Nashville to get a sense of the variation within neighborhoods. The age of the homes varied, as did their foundation types. Some of those who have participated so far are E3 clients, while others are not. Our initial findings are, well, interesting to say the least. Although we like to nerd out on data and techie stuff, we thought you might actually find the results interesting too.

Opening a window may do more harm than good, depending on the weather

Usually, homeowners are instructed to keep the windows closed during a radon test, but since rules are meant to be broken, we asked one homeowner to open a window during a second test of her home to see just what would happen. In the first test (with the windows closed), levels averaged 10.5 pCi/L in the master bedroom, which is above the EPA's recommended level of 4.0 pCi/L. So, we asked ourselves, would leaving the bedroom window open lesson the homeowner's exposure or would the stack effect cause levels to increase?

During the second test, the bedroom window was left open from about 8:00 PM on February 9 until 11:59 PM on February 10. Surprisingly, the open window caused a huge spike in concentration, from 3 pCi/L to over 60 pCi/L in just 30 hours. 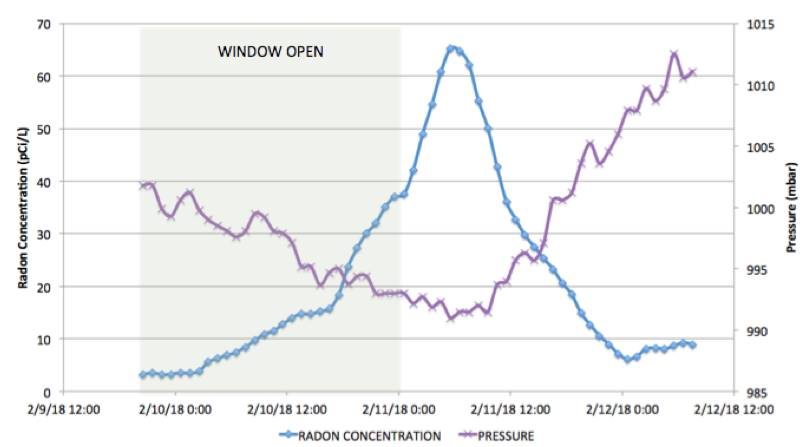 We see a strong correlation between radon levels and pressure, and this case was no different. While this test was taking place, a low pressure weather system brought rainy weather to the area, which emphasized the pressure difference between indoor and outdoor. Opening the window exhausted the high pressure air from inside to the outdoors and increased the stack-effect. This change in pressure pulled radon up from the unsealed crawlspace as it took the place of the air seeping out the window. 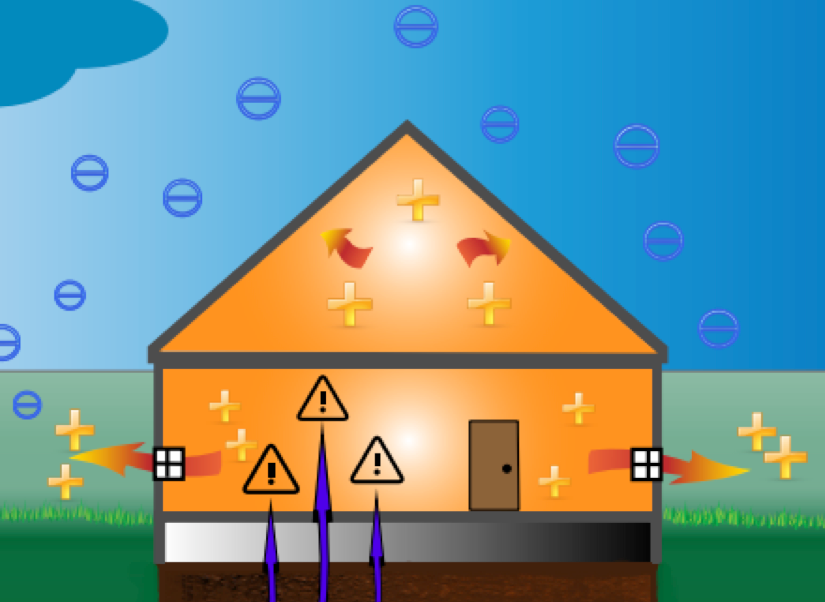 The golden nugget: Although it is important to standardize testing procedures, a sealed house may not correlate to the worst-case-scenario. Opening a window might actually increase radon levels as a result of the stack-effect. Although there are many variables that come into play, keeping your windows closed during rainy winter days may help minimize your radon exposure.

Other findings from this study: